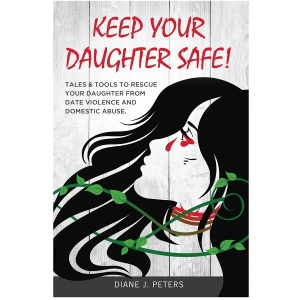 To purchase, click on the image to be redirected to Amazon.com

Diane J. Peters holds a degree in education as well as multiple certificates in crisis intervention, applied counselling, and suicide prevention as well as parenting children who have witnessed domestic violence.

Diane is a well-respected educator with over thirty-five years’ experience working in both elementary and high schools. She has also taught at university and college and is the recipient of the outstanding teacher award at the University of Manitoba. Currently, Diane works as a high school guidance counsellor working with teens, parents, teachers and counsellors.

Since recovering from her own domestic abuse challenges, Diane has dedicated her life to helping women remove themselves from domestic violence. She engaged in intensive training as a crisis counsellor and spent many years as a counsellor and board member for the largest women’s’ shelter in her home province of Manitoba, Canada.  As well, Diane acted as an advisor to a university research project on teen dating violence.

Diane is a strong advocate for education and dedicates herself to teaching others about the perils of date violence and domestic abuse. Over the years, she has designed, developed and delivered multiple training programs on domestic abuse, developed teaching packages, organized conferences and readily speaks on the subject of date violence and domestic abuse. In addition, Diane has actively contributed to legislative policy development task forces, presented in the local government legislature and acted as an advisor to the Family Violence Research Centre. In the past, Diane has worked with Denise Brown, sister of the late Nicole Brown Simpson by responding to live calls on the subject.